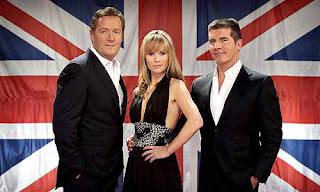 I've now been off University two month, still have over a month left and have reached the point were a visit to Guantanamo Bay seems preferable to the daily routine. You may therefore forgive me for lowering the tone of this blog and writing about two of the most trashy, yet brilliant TV shows. But this isn't a blog to celebrate surprises such as Susan Boyle, it is to celebrate the stranger acts who have something infatuating about them. After all we have now reached August which means X Factor will soon be returning to our screen on a Saturday night, it seems an appropriate time to remember some forgotten gems.

In at number 10 is MC Boy who was particularly unlucky to be branded as a novelty act and therefore crashed out at the semi final. So nobody is arguing that he is a good singer, but when creating dance music writing a catchy hook is far more important than being note perfect; look at how many records Example has sold despite being an average singer. And it is a very catchy song and left me humming it around the living room after watching his performance, not to mention he deserves credit for writing his own material in an era were music is generally churned out by the same teams of writers. While his lyrics aren't going be challenging Alex Turner, it is exactly the sort of song that would go down well after one too many Jägerbombs and I doubt by that point people are going to analysing the lyrical content.

While Dr Gores magic tricks are far from creative and the trick he performed has been seen thousands of times, he created a creepy and original theme to compliment the trick and it created a genuine response from the audience. While this may have been shock and in many cases disgust they are just as natural human responses as making someone laugh, cry or smile and the act deserves to be praised for drawing out these emotions. There are many people who enjoy feeling these emotions and fulfil those desires by watching horror movies, yet the act never progressed to the semi-final as they didn't fit into ITVs narrow minded definition of entertainment.

Gareth Oliver is in my opinion victim of one of the worst decision ever made on a TV talent, when Simon and Piers sent him home in favour of a forgettable singer. Now Gareth Oliver is an extremely talented ventriloquist and ironically was a better singer, while throwing his voice and with his lips closed, the pop singer was put through. Many ventriloquists are boring and one dimensional but not only was he an excellent singer, he was witty and for his first audition did an excellent parody of poorly subbed kung-fu films. The real tragedy is that when the public finally got behind someone who wasn't a singer or dancer, the judges put an end to his campaign. I believe he now works at weddings on ships, so the show has allowed him to continue to do the job he loves I firmly believe he could have made it in Vegas.

It's Chico time and time for the first entry onto this list from X Factor. Perhaps the first ever novelty act and potentially started the trend that has seen the likes of Rylan and Wagner  ruining our Saturday evenings and yet he was extremely entertaining. X factor would be extremely dull if we simply sat and watched 12 singers, stood at a microphone, singing 'purple rain'? The answer is very and the novelty acts like Chico despite not having the best voices, offer some real showmanship and Chico was born to entertain. He even won the admiration of Black Sabbath front man Ozzy Osbourne for jumping into a fountain, while holding at live mic during judges houses and there are few better positioned to judge an entertaining than the prince of darkness himself. He now works at Pontings but has had a number 1 single and has made over 1 million pounds, so obviously he had many fans. He was also the first person to ever perform an original song on the show and deserves credit for taking such a huge risk.

This act should have been perfect for Britain's Got Talent, as he is something I have never seen before or since him, yet again the 'variety' show instead had singers and dancers voted through. How can people seriously prefer to watch singing and dancing over a man who is capable of swallowing  a pool ball and returning it, swallow coins and return them in a random order and pulled of a simply stunning trick in the semi-final that you can see below. Some people may have viewed it as a little disgusting but it is certainly the type of act that wows you and the chances are it is a totally unique ability.

So poetry is hardly the most popular past time in the UK, yet when done correctly it can be fantastic, who doesn't like 'If'? by Kipling or 'Jerusalem' by William Blake. Eugene is one of the rare types of people who make poetry interesting. He achieved by using self deprecating comedy and every line gets laughter from the audience and the judges. Sure he was never going to sell out Wembley stadium, but that isn't what Britain's Got Talent is about, it is about finding an act to entertain the crowd at the Royal Variety show and the attempt to increase profits from the show has lead those with star potential being selected, above those who would entertain the Queen at the show.

The X Factors first and so far, only real bad boy. Frankie seemed to start of with a big fan base but it quickly diminished after a poor performance of 'The Scientist' week two and he would from then on be lambasted for his inability to sing. This was completely unfair as he could hold a tune, not to the standard of some of the other contestants but he oozed star quality to make up for his vocal performances. He should also be applauded for his risky, yet refreshing song choices; nobody else has ever performed songs by bands like The Clash and Primal Scream. It seems likely that he was beginning to rebuild his reputation, as he had just survived a brutal double elimination, were he would certainly have been sent home had he been in the bottom three, before being sent home for taking cocaine. In Frankie's defence the X Factor pushed him to be their bad boy, to party all night and yet still turn up for a busy day of rehearsals; it is easy to see why he will have been exhausted and turned to drugs to keep his dream alive. Apart from his appearance on Celebrity Big Brother he has released two decent EPs that have gained little attention from the public, he has also recently started a band that I hope has better luck.

Very, very immature but whose inner child doesn't find farting hilarious and this man can do it on demand. Of course the judges and certain members of the audiences pretended to be disgusted, yet whilst he was performing there was a lot of laughter. Amanda and Piers laughed throughout his performance yet refused to give him a yes vote, simply because of societies views on a perfectly thing. It also cannot be denied that it is a talent, as I have never heard of anyone else who can fart on demands. The video is something I can watch time and again and still find it hilarious and I think he would have added some variety to the live shows.

Now don't get me wrong Simon was right when said that he was the worst impressionist they have ever had on the show, but David was brilliant for reasons he didn't understand. Completely unintentionally David who was doing political impressions managed to portray the political class in this country superbly, after all just like Davids impressions, they all look the same, sound the same and the only difference in them is a different coloured tie.

1 - John and Edward AKA Jedward

They were the craze that sweeped the nation and were the key ingredient in the most successful series of X Factor to date. They managed to get the entire country talking about them, many people loved them and many more hated them, yet you had to be living in a cave to not know about them, never in talent show history as an act managed to create so much publicity. Some of that publicity followed two of the most controversial moments in X Factor history, the first of these was when they sang over another contestant, leading to her being sent home at bootcamp, in order to increase their own chances and all of sudden the nation hated them. People like Brian May and Robbie WIlliams offered support for Jedward, while I hope the irony wasn't lost on Liam Gallagher when he called them a pair of 'Fucking annoying brothers.' Either way to generate commentary from such stars suggest they must have been doing something right, But that was merely a storm a storm in a tea cup compared to the controversy caused when Simon Cowell sent the vote to deadlock, when the popular Lucie Jones and John and Edward were in the bottom two, much to my surprise John and Edward were saved and the Jedward hate campaign carried on. During the series even leading politicians such as Prime Minister at the time, Gordon Brown and Call Me Dave made reference to them in the House of Commons, despite them simply being two unsigned teenagers on a TV show.

Apart from their ability to generate publicity for the show they were a pleasure to watch every week and always gave an interesting performance, full of movement and colour; personal favourites are Ghostbusters, She Bangs and of course Under Pressure. Like Chico these provided a nice break from the tedium of watching people stand in one spot and singing. The documentary 'Jedward Let loose' highlighted their infectious personalities and Edward continuing their performance at T4 on the beach despite having a broken leg highlighted their commitment to music and performing, particularly in an era were so called rock stars cancel gigs because they have a runny nose. 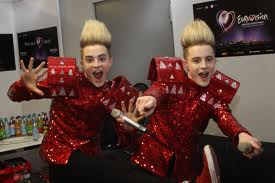 Eventually John and Edward were sent home by the Judges, despite having more votes than the act who was saved Olly Murs. But that wasn't the end of the Jedward, they have since released three albums that have all topped the charts in Ireland and had hit singles in the UK, Germany and Sweden, numerous adverts, calendars, stared in pantomimes and have an award winning TV show on CBBC. They have also represented Ireland at the Eurovision song contest, both times beating the UK and receiving large support from the general public. They have performed to president Obama, came 3rd on Celebrity Big Brother and had numerous tours. However their three album deal with Universal has not been renewed and they are  no longer managed by Louis Walsh but John has reportedly written a fourth album that has received praise from Ed Sheeran.  Oh and they're worth over £3.5 Million pounds.