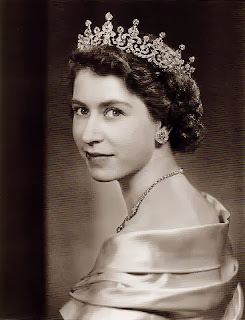 One debate that has been going on for many centuries in Britain and indeed the the rest of the world but this blog will argue for an increase in the power of our monarch. This may seem controversial and undemocratic, but I aim to prove it would actually make the law more representative of British peoples views, allow for greater direct democracy and stop elected dictatorship. I feel it is important to state is that I do not wish for Britain to turn into an absolute monarchy nor to return to a Medieval system, but to act as a check against the government.

One reason it would be a good idea to allow the monarch more power is it would make it plausible to change to a more democratic proportional representation system., Under proportional representation parties would receive a percentage of seats in direct correlation to the percentage of the national vote they received. Unfortunately under the current system it would lead to an almost permanent state of coalition government and if the UKIP vote is simply a flash in the pan the Liberal Democrats permanently in power. This is a big problem with a small and relatively unpopular party dictating legislation that the majority have to live by. There is also a problem that coalition governments can lead to Prime Minister being able to act swiftly and rapidly in times of crisis, were as a monarch would be able to act for the benefit of the nation providing they gained consent via referendum. For example the predecessors to the Liberal Democrats, the Liberal Party refused to allow conscription for WWI which would have been disastrous for Britain had they continued in government.

As well as this if the monarch had the opportunity to force a referendum it would allow the public have a say on areas that are popular among the political class but hugely unpopular among voters. For example despite opinion polls showing a massive 89% were against Britain signing the Lisbon Treaty, the Labour party still signed Britain up and the coalition have refused to withdraw from it. Clearly it is a problem when the system offers no check over governments making hugely unpopular constitutional decisions. If we allowed Elizabeth to wield some of her power she would likely have allowed the British people a referendum, we would have voted to not sign the treaty and it would have been a victory for democracy. Instead we have removed sovereignty from parliament and handed it to the likes of Herman Van Rompuy. Surely it is better to sacrifice our ideas of fairness in order to protect the public and increase democracy.

Sadly the political class in Britain have a fear of referendums as the main three parties aim their policies at a tiny minority of the country, those who happen to be on the centre ground in swing seats. The argument from the political class for restricting direct democracy is that ordinary people aren't informed enough to make a a rational decision, indeed Churchill once said "The best argument against democracy is a 5 minute conversation with the average voter." But this in itself highlights the failure of politicians and the education system should be encouraging them to take an interest in politics, educate students in how the system works, make them aware of the vital issues and offer evidence both sides of key debates. I was not given the opportunity to learn about politics until A levels, which is far to late and leaves many voters ignorant. One frightening example of the sheer level of ignorance, is in a level 6 Film Studies degree course when asked who UKIP were, only one person was able to answer the question. This is a party who came second in the European elections and are now polling in third place. Now a cynic may say politicians deliberately keep the electorate in the dark so as to have an easier time but I think its merely a failure of the education system were people have no knowledge of politics and politicians by refusing direct democracy are suggesting that the populace does not have the analytical skills required to make a decision. Either way the education system has not set people up as responsible citizens in a democracy, which is a huge problem and shows that politicians do not always know best.

So to briefly summarize giving the monarchy more power would enable Britain to have more direct democracy, have a say on issues that matter to them, improve representation in the house of commons and ultimately protect the democratic rights of the people, that are slowly being handed to Brussels without consent.

(Part 2 of this topic will address why we should give this power to the monarchy instead of a president.)

By Ryan Kelly
Posted by Unknown at 18:21